Looking for some summer reading? Check out the full list of 32 books nominated for our 2016 Historical Writing Competition, presented below in alphabetical order by author’s last name. The winners (indicated in red) were announced at our Book Prize Gala Awards Banquet on May 27, 2017, during our Annual Conference in Chilliwack.

JEAN BARMAN – Abénaki Daring: The Life and Writings of Noël Annance, 1792-1869, McGill-Queen’s University Press. A Francophone from the Abénaki Nation in Quebec, Noël Annance lived a life that made visible how the exclusionary policies towards Indigenous peoples, generally considered to have originated with the Indian Act of 1876, were being put in place upwards to half a century earlier during the Fur Trade on the West Coast.

JASON BECK – The Miracle Mile: Stories of the 1954 British Empire and Commonwealth Games, Caitlin Press. The 1954 British Empire and Commonwealth Games in Vancouver changed both the city and world of sport forever. The Games will always be remembered for the “Miracle Mile,” the much-anticipated showdown between the first two men to break the four-minute barrier, England’s Roger Bannister and Australia’s John Landy.

KATE BIRD – Vancouver in the Seventies: Photos From a Decade That Changed the City, Greystone Books. The 1970s was a decade of immense change in Vancouver – a time of protest, political upheaval, economic boom and cultural evolution. Through it all, the Vancouver Sun’s award-winning photographers chronicled the city’s metamorphosis. Some of the best photos are featured here.

TINA BLOCK – The Secular Northwest: Religion and Irreligion in Everyday Postwar Life, UBC Press. The image of a rough frontier – where working men were tempted away from church on Sundays by more profane concerns – was perpetuated by postwar church leaders, who decried the decline of religious involvement on the west coast. This book debunks the myth of a godless frontier, revealing a Pacific Northwest that was serious about its secularity, consciously rejecting the trappings of organized religion but not necessarily spirituality or God.

A.J. BOIRE – With Hearts and Minds: Maillardville, 100 Years of History on the West Coast of B.C., self-published. The Fraser River Lumber Company’s plan in 1909 of bringing families of French-Canadians from Quebec and Ontario as a multi-generational workforce for its thriving mill created the largest Francophone village west of St. Boniface. The author describes its evolution and transformation.

ROBIN BRUNET – Red Robinson: The Last Deejay, Harbour Publishing. One of Canada’s most recognized pioneers of rock and roll, Robinson created for himself a career that recalls the highs, hurdles and triumphs of a celebrated time in rock-and-roll history.

SUSAN D. CAMPBELL and ROBERT M. HAYES – Isolated Burials in the Central Okanagan with Genealogies and Local History, self-published. The authors got down and dirty finding and documenting some of the most hidden and forgotten graves in this large area, much to the delight of today’s researchers, genealogists and historians.

EILEEN DELEHANTY PEARKES – A River Captured: The Columbia River Treaty and Catastrophic Change, Rocky Mountain Books. The author explores the controversial history of the Columbia River Treaty and its impact on the ecosystems, indigenous peoples, contemporary culture, provincial politics and recent history of southeastern BC and the Pacific Northwest.

BARRIE FARRELL – Boats in My Blood: A Life in Boat Building, Harbour Publishing. The Farrell family has long been associated with boat building on the West Coast, creating new designs and adding new materials. The author shares these technologies, as well and his own progress through life.

ROBERT GRIFFIN and RICHARD A. RAJALA – The Sustainability Dilemma: Essays on British Columbia Forest and Environment History, Royal BC Museum. The authors delve into two of the more controversial issues British Columbians have faced over the past 60 years – the management of our forest industry and its impact on our freshwater ecosystems.

ERIC JAMIESON – The Native Voice: The Story of How Maisie Hurley and Canada’s First Aboriginal Newspaper Changed a Nation, Caitlin Press. In 1944, the Native Brotherhood of British Columbia asked Maisie Hurley to become the voice of the Haida people. She did so by launching the newspaper she called The Voice, which chronicled both the realities of Aboriginal life in BC and vision for the future, enabling and inspiring overdue change in Canada. Winner – Honourable Mention.

CHRISTINA JOHNSON-DEAN – The Life and Art of Mary Filer, Mother Tongue Publishing. Mary Filer was a 20th-century Prairie-born Canadian whose lifelong association with architecture and structural influence led to the merging of her talents as a painter and sculptor.

KAY JOHNSTON – The Amazing Mazie Baker: The Squamish Nation’s Warrior Elder, Caitlin Press. Galvanized by the injustices that she saw committed against and within her Aboriginal community – especially against Indigenous women, who were denied status and property rights – Mazie Baker became a community leader fighting for the rights of her people.

ANTHONY KENYON – The Recorded History of the Liard Basin, 1790-1910, Fort Nelson News. This is the definitive history of the Liard Basin, which includes 20 per cent of the landmass of BC. Scots, French and Aboriginal people established the fur trade here. Stories of starvation, murder and corporate war add to the historical richness of the area.  Winner – First Place, BC Lieutenant-Governor’s Medal for Historical Writing.

DAVID CHUENYAN LAI and GUO DING – Great Fortune Dream: The Struggles and Triumphs of Chinese Settlers in Canada, 1858-1966, Caitlin Press. The 1858 Fraser River Gold Rush saw the beginning of Chinese migration to Canada. The authors describe the four periods of immigration of this community and the segregation and discrimination that controlled its development.

MICHAEL LAYLAND – A Perfect Eden: Encounters by Early Explorers of Vancouver Island, Touchwood Editions. When European explorers first reached the Pacific Northwest, they were captivated by the rugged, verdant paradise veiled in ocean mist. Upon his arrival in 1842, James Douglas, searching for a new west coast operations site for the Hudson’s Bay Company, described it as “a perfect Eden”. Winner – Third Place.

MARK LEIREN-YOUNG – The Killer Whale Who Changed the World, Greystone Books. The perception of killer whales as blood-thirsty monsters changed in 1964 when a young killer whale was captured off the West Coast. Dubbed Moby Doll, this whale captured the imagination of an enraptured public.

TOM LYMBERY with FRANCES ROBACK- Tom’s Gray Creek – Part II – Years of Change, 1946-1980, Gray Creek Publishing. Lymbery is a born storyteller and veteran history writer. This long-awaited book tells of the changes in the story of the Kootenay Lake region after WWII, and Tom was there to meet and take an active role in them all through his general store and his role in the greater community.

AMBER McMILLAN – The Woods: A Year on Protection Island, Nightwood Editions. This is an account of one year living amidst the unique and sometimes unsettling atmosphere of small-town island life in the Georgia Straight. Here, the measure of one’s success doesn’t rely on status or income, but on skillful handling of neighbours, resourcefulness for survival and negotiated civility.

GLEN MOFFORD – Aqua Vitae: A History of the Saloons and Hotel Bars of Victoria, Touchwood Editions. From raunchy saloons on Victoria’s notorious Johnson Street to lavish high-class hotel-bars like the Empress, this book serves up an intriguing study of the city’s drinking establishments, including some that are still popular today.

PETER O’NEIL – I Am a Metis: The Story of Gerry St. Germain, Harbour Publishing. Gerry St. Germain, a Manitoba Metis and son of a trapper, became an air force pilot, undercover policeman, union leader and chicken farmer before venturing into property development and politics. In 1988, he became one of the first Aboriginal Canadians named to the Federal Cabinet, and was later named to the Canadian Senate.

DAVID PITT-BROOKE – Crossing Home Ground: A Grassland Odyssey Through Southern Interior British Columbia, Harbour Publishing. The author walked over 1,000 kilometres through the valleys of southern interior BC in search of beauty and grace in a landscape that has seen decades of development and upheaval.

CHRISTOPHER POLLON and BEN NELMS – The Peace in Peril: The Real Cost of the Site C Dam, Harbour Publishing. This work is an exploration of the Site C dam’s location and the pending destruction of an irreplaceable stretch of river and land between Hudson’s Hope and Fort St. John.

HELEN RAPTIS with members of the Tsimshian Nation – What We Learned: Two Generations Reflect on Tsimshian Education and the Day Schools, UBC Press. The author opens up important new understanding about the resolve of Canada’s Indigenous peoples, both during and after the residential school period. Two generations of Tsimshian students – elders and adults – provide their recollections of attending day schools in northwestern BC from the 1930s to the 1950s.

BEV SELLARS – Price Paid: The Fight for First Nations Survival, Talon Books. This book combines the author’s studies in history and law with her experience as a chief of an “Indian reserve” in BC. She aims to opens the eyes of Canadians to the realities of life under federal government administration.

JAY SHERWOOD – The Landscape of Ernest Lamarque: Surveyor, Artist and Renaissance Man, 1879-1970, Caitlin Press. This book reveals remote regions of Western Canada and its people and places through the eyes of a self-taught man. Lamarque, an English Victorian adventurer, went from HBC clerk to artist and photographer into the 1910s.

JAY SHERWOOD – Ootsa Lake Odyssey: George and Else Seel – A Pioneer Life on the Headwaters of the Nechako Watershed, Caitlin Press. From the 1920s to 1952, the Seels lived south of Burns Lake near the small farming community of Wistaria (about half-way between Kitimat and Prince George). This book recounts their successes, tribulations and the final flooding of their land by the Nechako Reservoir in 1951.

DAVID B.J. SNYDER – Penticton Remembers, Vol. 2: 52 Veterans Stories from the South Okanagan, self-published. In this second collection of stories related to veterans from Penticton, the author highlights the lives and sacrifices of 52 veterans from the area.

NEIL JOHN STERRITT – Mapping My Way Home: A Gitxsan History, Creektone Press. This book records a unique journey through the sill unresolved clash of aboriginal and settler societies in Canada, focussing on the Gitxsan territory in the heart of the Skeena watershed. Winner – Second Place.

HENNING VON KROGH – Early New Denver, 1891-1904: A Selection of Data on People, Places and Things, self-published. This text fully explains the town’s origins as Eldorado City and its development on Slocan Lake in the Kootenay region. 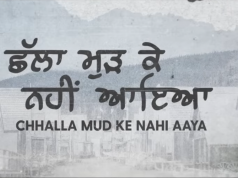 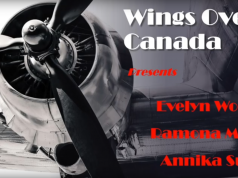 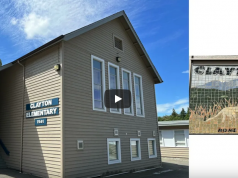