BCHF News Celebrating 20 years of the BC Dairy Historical Society

Dairy farming in BC began in 1827 with the arrival of cows at the Hudson’s Bay Company’s Fort Langley. Dairy products, including butter, cheese, and later condensed canned milk became an important staple food for those in the fur trade, the gold rush boom towns, mining towns, the Alaskan Panhandle, logging and lumber camps, fishing communities of the coast and the growing urban regions of BC.

Some organizations such as the Fraser Valley Milk Producers Association, the Shuswap Okanagan Dairy Industry Cooperative Association and Avalon Dairy Ltd. collected and published historical accounts of the dairy industry, but no comprehensive history existed before 2000.

In the 1990s, several people from various sectors of the BC Dairy Industry came together to collect, organize and preserve BC dairy historical materials. The Dairy Industry Historical Society of BC was incorporated on February 22, 1999, establishing an organization with dedicated, energetic, and enthusiastic member volunteers.

The Society’s first project was to commission an author to take on the mammoth task of conducting interviews with people who lived the BC dairy history. Many families contributed their stories and photographs. In 2000, Milk Stories: A History of the Dairy Industry in British Columbia 1827-2000 was published by the DIHSBC. The Milk Stories book was a phenomenal success, motivating the society to continue its work.

In 2005, the same approach was taken to research, write, and publish High Water: Living with the Fraser Floods. The following year, there was a serious flood threat for the Fraser River and the book almost sold out. BC Premier Gordon Campbell, on receiving the book as a gift, ordered 25 copies for his office.

Projects that followed included the organization of the society’s archive of over 50 boxes plus the three of the eight John Ford Clymer dairy murals that once hung in the BC Electric station in Vancouver, an early promotion of the Fraser Valley dairying. The society had these murals expertly restored and they now hang in the office of the BC Milk Marketing Board in Abbotsford.

In 2009 and 2010, the society hired a summer student and began cataloguing its archival materials and digitizing some of the most important materials. In 2012, with funding from the BC History Digitization Program and private donations, the society digitized the BC dairy farmer magazine Butter-Fat published from 1923 to 1993.

The society constructed the website bcdairyhistory.ca to host its digital materials for public viewing. At that time, the society changed its name to the BC Dairy Historical Society to better associate with the website. The website receives BC dairy history inquiries regularly, with our volunteers answering the questions as best they can.

Since the construction of the website, collections added include: Milk Stories; Fraser Valley Milk Producers Association historical magazines; The Story of Avalon Dairy Ltd 1906 to 1996; The Story of Dairyland; The History of S.O.D.I.C.A.; The Peter van Reeuwyk family story, Northern Vancouver Island 1953 to 1993; Milk Break, the Fraser Valley Milk Producers Association employee newsletter published from 1963 to 1982; and more.

Most recently, the society received funding from the 2019 BC History Digitization Program to digitize and host the Shuswap Okanagan Dairy Industries Co-operative Association publication, the Cream Collector, published from 1927 to 1967 for Shuswap and Okanagan dairy farmers. The Cream Collector magazine will be online this fall.

To have a thriving organization centered around the history of a single sector is a significant achievement. 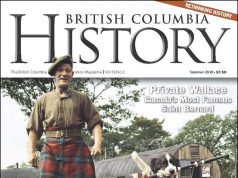 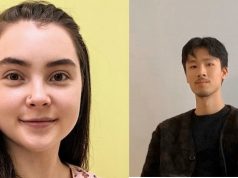