With Government of Canada support, the Township of Langley will soon be home to a new cultural complex in the heart of Fort Langley.

With this funding, the Township of Langley will build the Fort Langley Museums Heritage Centre, a 36,000-square-foot cultural facility. The centre will house the Langley Centennial Museum and a new Indigenous Museum developed with the Kwantlen First Nation. The complex will also house a community archives, a 166-seat theatre, a printmaking studio and four multi-purpose programing spaces.

This project received support through the Canada Cultural Spaces Fund.

“As curators and stewards of culture and history, museums play an essential role in promoting and showcasing our nation’s collective stories,” Aldag said. “Thanks to this investment, the Township of Langley and the Kwantlen First Nation will bring renewed vibrancy to this historic area in the spirit of reconciliation and partnership.”

“The addition of two new museums, a community archives, theatre, arts program spaces and improved outdoor areas will benefit the entire township and further enhance Fort Langley as a hub for history, culture, arts and recreation,” said Township of Langley Mayor Jack Froese. “We are pleased that our municipality will be working together with our Indigenous community and Canadian Heritage to bring this innovative project to life in the birthplace of British Columbia.”

“We are so grateful for the support from Canadian Heritage and we look forward to our continued partnership with the Township of Langley and the Government of Canada on this important project. We are excited to share our rich culture and history with local, regional and international visitors, to celebrate and honour the rich local Indigenous presence in this area, and to continue to strengthen relationships with our neighbours and local governments. The Fort Langley Museums Heritage Centre provides so many positive cultural, educational and economic opportunities for us all and we are so pleased to be a part.”

Fort Langley was established in 1827 when the Hudson’s Bay Company ordered the construction of a fort on the south bank of the Fraser River. The fort became a major port for early exports. In 1978, Fort Langley became a national historic site and is known as the birthplace of British Columbia.

The Fort Langley Museums Heritage Centre will replace the Langley Centennial Museum, built on its current site in 1958. The addition of a new Indigenous museum will expand the lens through which the history of the local community is viewed.

In 2016, as part of the Truth and Reconciliation dialogues, the Township of Langley and Kwantlen First Nation worked cooperatively towards a joint museum complex with a standalone Indigenous museum co-located with the Centennial Museum. The Township of Langley will operate both museums and the Kwantlen First Nation will act as advisors on the Indigenous Museum. Each organization will play a role in the co-management of the spaces within the new complex 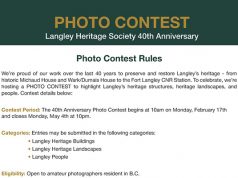 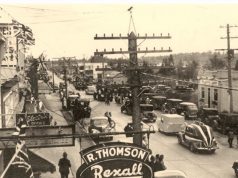 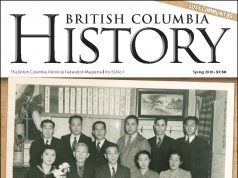