British Columbia: An Untold History premieres on Knowledge Network, October 12 at 9 p.m. and will be available for free streaming online in Canada.

From the shores of the rivers and oceans to the highest peaks of the tallest mountains of this land, the human histories that have unfolded upon the lands now known as British Columbia are as diverse and wide-ranging as its inhabitants. But how many of us know the history of Indigenous chiefs’, including Sa7plek Joe Capilano, political resistance, and journey to London to petition Edward VII about land claims? Or can tell us about early Doukhobor re-settlers to the province?

Focusing upon the under-told and untold histories of marginalized British Columbians, the new four-part series aims to change that. British Columbia: An Untold History leans upon the accounts and perspectives of those who have lived and studied British Columbian history, bringing together Indigenous, Asian, Black and European truths to highlight the past. Elders, authors, historians, families, and descendants of historical figures: all have had a hand in crafting the series from a pluralistic vantage point to bring forth the voices of British Columbia’s diverse communities.

With colonial contact as a launch point, British Columbia: An Untold History ventures through 200 years of intercultural friction and coexistence. Accounts of sorrow and woe are interspersed with tales of courage and determination, covering topics such as post-colonial indigenous resistance to colonization, residential schooling, racism and white supremacy and the fight for equal rights.

The series is divided into four chapters, each one premiering a different week:

The first episode called Change & Resistance, uncovers the Indigenous resistance to oppression in British Columbia. First Nations persevered through years of brutality and criminalization—remembering this history is an act of refusal to be erased.

Episode two, Labour & Persistence, explores the history of labour and equality in British Columbia. First Nations, immigrants, and women fought overseas for Canada in both World Wars, and then kept fighting for equal rights at home.

The final episode called Nature & Co-Existence, examines how the history of British Columbia is inseparably fused with the history of natural resources. First Nations have worked with non-Indigenous environmentalists to coexist and protect the land.

“So much about what we are taught about our province’s history is learned in school, but there are so many facets to history that do not make the classroom,” said Rudy Buttignol, president and CEO of Knowledge Network. “We wanted to create a series that explores B.C.’s complicated history even further by showcasing stories and amplifying voices that were previously silenced by mainstream interpretations.”

Knowledge Network hopes people come away from the series wanting to take a deeper dive into the province’s stories —histories not always taught in school. They hope that when viewers process what they see, they come out with more empathy gained through understanding.

Shannon Bettles (SB): How did you get involved in this project?

Jennifer Chiu (JC): I was referred to the project through a friend when the request for proposals for the project from Knowledge Network came out about four years ago. Working with Screen Siren Pictures, (an independent production company) I undertook and presented the first batch of research for presentation to the Knowledge Network. Screen Sirens won the contract, and I was hired to be the senior researcher for the series.

I studied history and communications at Simon Fraser University before moving to London and working in documentary television. I ended up doing research for a historical series there, which I really enjoyed. I am very passionate about history, and it is my dream to be working with both history and film. I feel privileged to be doing this work.

SB: What stands out from your research?

JC:. To use Jean Barman’s words: “BC is a company town”. Jean explains how corporate and industrial forces shaped BC and continue to shape the province —oftentimes to the detriment of our environment and our rights as people and workers. When I think about the issues we face today, I know that many of them have their roots in the industrial, corporate and colonial foundations of BC that are still incredibly active and ever-present.

I learned a lot of history from the Indigenous peoples of BC. It was my privilege to learn about all of the different cultures and communities on this land – both Indigenous and non-indigenous. I have an appreciation for how integral it is for people to learn more about Indigenous history at the elementary and secondary school level.

My mind was so blown to learn about the history of so many Nations. I would love to be able to access a pre-contact history of the First Nations in BC. I would like to learn more about the power and political structures present pre-contact.

I was very inspired by how many people across all communities and cultures in BC exemplified bravery and courage: fighting for their rights and recognition. They fought for space to speak, to vote, and to be treated with dignity and stood up against segregation in public places.

My favourite story from BC history is the story of Indigenous political resistance in BC. One great example is the story of Joe Capilano and how he and Cowichan Chief Charley Isipaymilt and Secwepemc Chief Basil David traveled to London in 1906 to petition the King to help them secure their rights to their land as settlers were pouring in. These are incredible stories. Stories like this lit up my heart and my mind.

SB: Did you face any challenges in your research?

My team was very interested in a pluralistic perspective when telling stories of BC’s history. Because history and the stories of BC’s people has traditionally been told from a Euro-centric perspective, my team wanted to flip the perspective. We went out and talked to the communities about their own histories. Our team spoke to a wide range of BC scholars in undertaking the research, doing around 100 interviews.

Personally, I am interested in including more women’s history. I found it sad to realize how western historiography values what is in the archives above all else.  Archives are a selective place, not all people are in them. The selective collecting of history has facilitated the erasure of communities and histories. Women’s stories are not easy to find, for example and it is sad to think of how much of our experience as women has been left out of the record.

When researching the Depression, for example, I asked almost every scholar about women through that era. There was little detailed information available and thus stories had to be pieced together. There are many more stories and facets of our history to uncover in BC and still much work to be done on women’s history in the province.

SB: Anything you want to leave our audiences with?

I hope that viewers find the series inspiring too. I have not seen the final cut yet and want to be surprised myself. I hope that the series allows us to see and embrace how diverse this land was and continues to be, and in turn, embrace each other and all our collective histories. There were so many cultures, Nations, and languages here pre-colonization, which continue to thrive to this day. After settlement, and from the beginning, there was diversity. I hope the series activates the audience’s curiosity to learn more about the many diverse communities that make up our province. 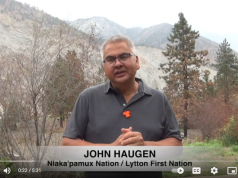 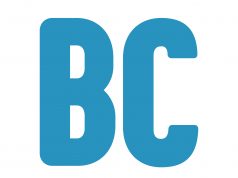 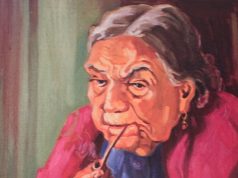