This is a Member Story — submitted by Ron Hyde, Richmond

Captain J. Douglas Stalker came to British Columbia in 1904 due to ill health.  He remained and became a timber cruiser, surveyor and time keeper during the construction of the CNR.  In 1910, he and Col. W.G. Swan became partners in the passenger ship  Mina W  carrying men and supplies up to the railway camps on along the Fraser River.

Burrard Inlet postal service, established in 1852 was delivered by ship and named Colonial Post Office No. 28 with Burrard Inlet as its official address.  Operating until 1871 when it was moved to Hastings Mill on June 1, 1872 with the name officially changed to Hastings on March 1, 1897.

Burrard Inlet and Indian Arm had mail delivered by The Burrard Inlet Steam Ferry and Towing Co. under contract from 1865.  The company was sold and became The New Brighton Ferry Company who continued to deliver mail until December 31st, 1907.

The first travelling post office on the steamship SS Belcarra was established January 1, 1908 servicing Indian Arm and upper Burrard Inlet.  Harbour Navigation Ltd. MV Lo olbee operated as the T.P.O.  From 1920 – 1933 when the MV Scenic became the T.P.O. and continued as the only floating post office in Canada until October 3rd, 1970 when it was discontinued.

In 1920 Stalker purchased the Harbour Shipping Co. For $16,000, which was started in 1913 to service the north arm of Burrard Inlet and he renamed the operation The Harbour Navigation Co. Ltd. and during the next thirty years operated a fleet that included The Scenic, Fort Langley, New Delta, Lo’olbee, Hollyburn, Lady Rose and the Harbour Princess.

Captain Stalker was the owner and the skipper and became Postmaster for Canada s only floating post office.  The floating Post Office operated as the Burrard Inlet Post Office until 1971 on the steamer Scenic and maintained the regular mail and passenger service to the various isolated communities in the north arm of Burrard Inlet.  Stamp collectors from around the world wrote to Captain Stalker to stamp their envelope with the Burrard Inlet cancellation so they could add this floating post office cancellation to their collection.

Captain Stalker built the Harbour Princess in 1924 and was one of the first ships on the coast powered by full diesel engines.  In addition to running the floating P.O. and excursion services to the Indian Arm area, he also operated the Wigwam Inn Resort at the head of the Inlet, the lovely picnic area at Belcarra Park and the Gore Avenue Wharf Co. Ltd.

Wigwam Inn was a popular place to visit in the 1940’s and 1950’s taking a ship that cruised the waters up Indian Arm to the Inn on Friday and Saturday nights where dances were held along with food and drink.  The ships always got you back to Vancouver to the wharf where you caught the bus to go home.

In earlier days, the T.P.O. operated three days a week in winter and every day in summer when Captain Anderson brought the mail to Burrard Inlet and there wasn t a mail day in the quarter century prior to its closure in 1970 when The Scenic or one of her sisters on the mail run failed to get through with the papers, letters and parcels for those living on the Inlet.  The Burrard post office has to work through the north winds whistling down the inlet, dusty weather and rough water but somehow the ship’s bow cuts through the worst of it.

Years ago the mail was extremely heavy almost every day when the Wigwam Inn was operating with customers daily, the Lake Buntzen power plant was being constructed and Granite Falls was a very popular tourist destination as well as the granite being processed for the construction industry.

As roads were built, the postal volume continually decreased over three years and the Captain reminisces: “I used to sell $5 or $10 worth of stamps on just about every trip but haven t sold a stamp for three weeks”.

On October 31st, 1970 the last postal run was made and the Burrard Inlet Canada s only floating post office was closed.

Ron Hyde is a Director and Honourary Life Member of the British Columbia Historical Federation. He lives in Steveson, BC. 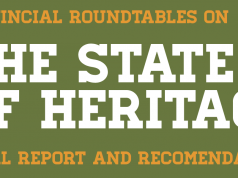 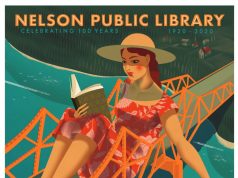 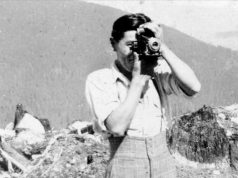