The Village of Fort Langley could see a new cultural centre in its future — one that melds history, heritage, arts, Indigenous culture and recreation together on a grand scale.

The Township of Langley has proposed a plan that would see development of two new museums, a library, a conference centre, artist work-live spaces, an Aboriginal-themed lodge, new homes and shops, an improved Fort-to-Fort shoreline trail, and restoration of Fort Langley’s historic Haldi House. Fort Langley is already known as “the Birthplace of BC” because Governor James Douglas proclaimed the Crown Colony of British Columbia there in 1858.

“This is an amazing concept that will bring so much more to Fort Langley and build on its already unique character,” said Township of Langley Mayor Jack Froese.

The project, still in its early stages, will be developed in partnership with the Kwantlen First Nation. Funding is expected to come from the sale and development of Township-owned properties, as well as government grants.

The proposal was introduced to the Township of Langley Council in December 2017. A preliminary public open house took place on February 8, 2018.

Public consultation will continue through 2018 as concepts are finalized and architectural plans are completed for each project.

The Haldi House component of the project comes as good news for the Langley Heritage Society, which has been working to renew and preserve Haldi House for some time.

The Heritage Society will review the project and potential collaboration with the Township of Langley and Kwantlen First Nation, says Society board member Mark Forsythe. 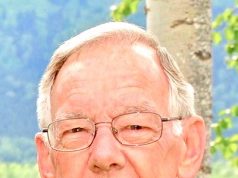 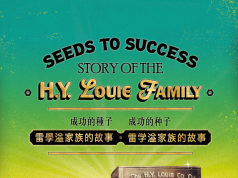