BC poet and novelist Peter Trower passed away on November 10, 2017, at Lions Gate Hospital in North Vancouver. He was 87.

Peter attended several BCHF conferences in the late 1990s and early 2000s with his life partner, Yvonne Klan, an amateur BC historian, writer and author of BC history articles (several of which she contributed to BCHF publications). Peter was quite a character and his gravelly voice added to his charmingly blunt persona. The last BCHF conference Peter and Yvonne attended was in 2003 in Prince George, after which Yvonne fell ill and the couple stopped attending. In 2005, Peter contributed a final story and poem in remembrance of Yvonne to British Columbia History Vol. 38 No. 2 (see page 19).

Read Peter’s obituary in BC BookLook and in the Vancouver Sun. 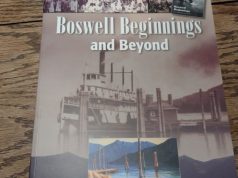 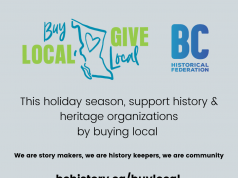 Buy Local, Give Local is BACK! 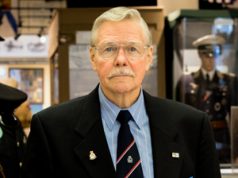