This time, Kerry Kilmartin of UBC Press sits down with David Nicandri, the author of “Captain Cook Rediscovered: Voyaging to the Icy Latitudes”.

For more information, or to order the book, visit: www.ubcpress.ca  For a 20% discount off of the book (all versions) use coupon code Nicandri at checkout. Offer expires April 30, 2021.

Q:  Why did you write this book?

Ever since my college days in the late 1960’s and early 1970’s I’ve been drawn to the narrative power of revising conventional understandings of historical events. I can still remember the thrilling experience of reading Charles A. Beard’s An Economic Interpretation of the American Constitution.  It was a revelation. Thus, though a great deal has been written about Captain Cook, much of it, nay, almost all of it that has been written since the 1970’s, has emulated the interpretive approach taken by John C. Beaglehole, whose published editions of Cook’s journals appeared between 1955-67. I felt it was time to counteract his oversized influence on the subject. In that sense, Captain Cook Rediscovered is of a piece with my first book on Lewis & Clark: River of Promise: Lewis & Clark on the Columbia. The difference is that historians had been overly generous in their treatment of Meriwether Lewis, but have fundamentally misunderstood the point of Cook’s second and third voyages.

Q: Remind us: where and when did Captain Cook sail?

Cook led three voyages circumnavigating the world for Great Britain during the late Enlightenment.  The first, 1768-71, was sent to Tahiti to view the transit of Venus, a rare event that engaged astronomers across Europe and in North America, after which he surveyed the coastlines of New Zealand and Australia.  On his second, 1772-75, Cook disproved the existence of the mythical southern continent that supposedly mirrored Eurasia in land mass.  In the process of scouring the high southern latitudes of the Indian, Pacific, and Atlantic oceans, he circumnavigated Antarctica.  During his third, final, and fatal voyage, 1776-1779, Cook sought to prove the existence of the Northwest Passage by searching for it from the Pacific side of North America; the first such comprehensive effort on that side of the continent.

Q: What, then, is the essence of Captain Cook Rediscovered?

The Cook we know is the Cook historians have created—the Tropical Cook.  In my book I introduce an entirely different explorer—the Polar Cook.  The one thing most people know about Cook is that he was killed in Hawaii. The focus of my book is the one thing least understood about Cook: He was a polar explorer of the first rank. Cook was the first voyager to sail across both the Antarctic and Arctic circles. Although he never directly sighted Antarctica because of the impenetrable nature of the southern ice pack, Cook was the first explorer to intimate that a southern continent existed, except it was at the pole, not in the habitable latitudes as legend had it.  More importantly, Cook was actually a pioneering glaciologist and sea ice scientist.

Q. Why is that new and important?

Having circumnavigated Antarctica during the Little Ice Age, Cook established a baseline of information about the extent of the southern ice pack at the end of the earth’s last cooling period. Similarly, Cook was the first European to sail through Bering Strait and delineate the extent of sea ice in the Western Arctic.  Accordingly, Cook provides a marker for modernity’s understanding of how much the polar ice packs have receded in the last 250 years.

Prior to Cook, naturalists believed that the low-lying pack ice and icebergs, which navigators encountered in the high latitudes of the world’s oceans, had floated there from rivers that had frozen over but whose ice was dispersed with the seasonal melt. It was this theory that led speculative geographers to believe the southern hemisphere had an analogue to Eurasia. All observers of glacial phenomena before Cook were deceived by the fact that when you melt ice from the solid pack of low-lying ice, or a towering iceberg, it yields fresh, not salt water. On his second voyage, Cook sailed through the southern hemisphere so extensively—far more than he ever did in the tropical zone—that he proved there wasn’t any land from which frozen river ice could flow in the warm seasons.

In short, Cook was the first to correctly deduce two key aspects of polar hydrology. First, that pack ice is formed in place. More dramatically, from his discovery of South Georgia (later made famous by Ernest Shackleton) and the South Sandwich Islands–the only land he met near the Antarctic Circle–Cook documented that icebergs were created when terrestrial glaciers calved off their extremities at water’s edge. This is how Cook deduced the existence of a polar continent.  That is, given the relatively small size of these South Atlantic islands, compared to the great number of icebergs in the Southern Ocean, Cook postulated the existence of a sizable mass of land at the pole.

Q. Is there anything controversial about your book?

Yes.  I challenge the conventional understanding that Cook was a diminished explorer during the third voyage. This view is grounded in the theory that he wasn’t as vigorous on his final voyage and otherwise diminished psychologically; how else to explain his getting killed in Hawaii.  In fact, Cook was as energetic an explorer in his actual third voyage northern discovery zone (as opposed to South Pacific, which by this time bored him) as he had ever been on his first two voyages.

Rather than being a cartographic disappointment, Cook’s catalogue of accomplishments from his third voyage was his crowning navigational achievement: 1) he accurately placed the west coast of North America in the proper longitudes for the first time 2) he established the northwesterly trajectory of that coast, including the sub-continental dimensions of Alaska 3) he was the first to chart the gap between the eastern promontory of Asia and the western tip of Alaska, defining Bering Strait 4) he was the first European to chart the Hawaiian archipelago 5) combined, all these, plus other accomplishments from previous voyages, contributed to the first modern map of the world, published in conjunction with the official account of his expedition in 1784.

Q. Are there other images that help tell the Cook story?

One of Cook’s other great contributions to the second great age of discovery, for which he was the emblematic figure, was the standardization of visual documentation of the exploratory experience in all its ethnographic and topographic diversity. Cook had professional artists accompany each of his expeditions, who created a rich archive depicting Indigenous people and natural phenomena, ranging from gigantic icebergs to drawings of small flowers.

Q. Some people are critical of Cook statues in Victoria, Anchorage, and elsewhere, because he was an agent of colonialization and empire. What is your opinion about that?

Like anyone else, James Cook was a flawed person, and his voyages were the occasion for the death of Indigenous people (though not in North America). In every instance, such a turn of events bothered Cook, and he regretted his association with it. But many of those who wish to erase his name are actually objecting to the colonialist offences of those who came after Cook, including, one might add, those of us who live on traditional Indigenous homelands today. In that sense, Cook has become, conveniently, the emblematic invader.

There is no question but that the history of Indigenous peoples has been imprisoned by an imperial discourse, and postcolonial studies have cracked that open. But it is equally true that postcolonial history has put the study of Cook in a straitjacket. The historiography of Cook has become a caricature, equal to this proposition: no encounter/no voyage. This is why his exploits in the icy latitudes are so little known. It is also too little appreciated that our contemporary progressive appreciation of human diversity is rooted, to a significant degree, in Cook’s descriptions of his encounters with Indigenous people. His narratives showed great appreciation for what those civilizations could offer as a way of life. Indeed, the modern values of pluralism and multi-culturalism that are the avowed sensibilities of our times, were expedited by Cook’s cracking of the European sense of cultural superiority.

David L. Nicandri is the former executive director of the Washington State Historical Society, where he served from 1987 until his retirement in 2011. 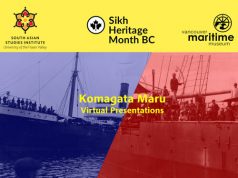 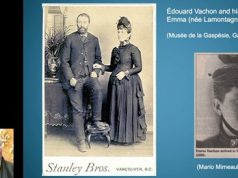