Our new blog series “Author Q&A” pulls back the curtain on the historical writing process, introducing local authors and hearing how their stories featuring aspects of British Columbia’s history were inspired.

This week, Monica Miller of Caitlin Press sits down with Chad Reimer the author of “The Trials of Albert Strobel”— a true crime. You can read more about the book or purchase a copy online.

When did you first learn about Albert Stroebel and get the idea for this book?

I learnt about Stroebel and John Marshall while doing research for a book on the 1884 lynching of Sema:th teenager Louie Sam. I was looking at other violent crimes in the Sumas area for that time and came across the transcripts for Stroebel’s court trials. I was intrigued and dug deeper—and the deeper I dug, the more material there was.

It took the better part of a year to research the book, then most of another year to organize, analyze and write. I got excited about doing something a little different, writing it in more dramatic fashion.

The Trials of Albert Streobel is true crime—covering real historical events. Coming to this genre with your background as a historian, what kind of research did you do, and what information was important for you to uncover?

I did as much research for this book as I do for any of my other straightforward histories. After I choose a topic, I try to locate and consult all the primary material related to the topic. For The Trials of Albert Stroebel, sources included court documents, trial transcripts, newspaper coverage, biographical information in censuses, and so on.

The biographical material was really important because I wanted to flesh out the characters, give them some blood and bone, feelings and motivations. None of them left a confidential diary so I could not get into their heads. What I did was speculate a bit on what a character would think based on what I knew of their personality.

There is only one known photograph of Albert Stroebel. Was there any other (possibly elusive) information, photographs, or details that you were seeking when conducting your research?

People like Stroebel and Marshall are invariably elusive—they live their whole lives without leaving much trace in the historical record. The only reason we know about the two is because of the murder. As for any stuff out there that might be of use, I would say everything and anything. I would have loved to have a photograph of Marshall, for instance, or a prison diary from Stroebel, or… the list would never end.

What are the key qualities you wanted to bring to the book?

I always hope that what a reader gets from my writing is a sense of the time period, what it was like living then, who the people were who populate the book. I’ve always loved history because it lets me time travel. And I’ve always loved a good murder mystery because it lets me look at real life when that life is out of the ordinary, when people—sometimes good people, sometimes bad, usually a mix of the two—do such terrible things.

What was one of the most difficult parts of writing The Trials of Albert Stroebel, and why?

The most difficult part was getting control of the primary material—abundant in some places, sparse in others, and from a wide range of sources—and stitching together a fluid narrative from it.

What do you hope readers take away from The Trials of Albert Stroebel?

Aesop might have said the moral is that you shouldn’t murder anyone—or at least if you do, make sure you minimize the number of stupid things you do so you don’t get caught. Otherwise, I hope readers lose themselves for a time in the past and connect with the characters.

He also wrote Chilliwack’s Chinatowns for the Chinese Canadian Historical Society of BC and Writing British Columbia History with UBC Press. Reimer has been published in BC History, Pacific Northwest Quarterly and a number of other journals.

He was born in Winnipeg, Manitoba, where he spent his first fourteen winters before moving to the gentler climate of Abbotsford, BC, teaching for some years at the University of the Fraser Valley. 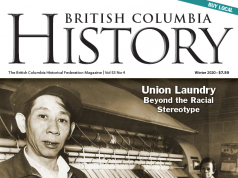 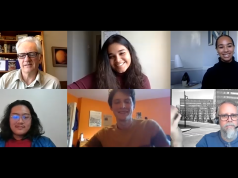 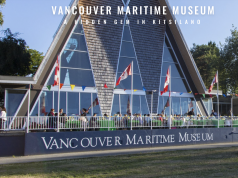