Three books from the list of nominees for the 2016 BCHF Historical Writing Competition have been recognized with 2016 Family History Book Awards from the BC Genealogical Society (BCGS).

Isolated Burials in the Central Okanagan with Genealogies and Local History by Susan D. Campbell and Robert Michael Hayes (Kelowna and District Genealogical Society, 2016) won second prize in the BCGS competition. Read about this project in the Kelowna Daily Courier.

Ootsa Lake Odyssey: George and Else Seel – A Pioneer Life on the Headwaters of the Nechako Watershed by Jay Sherwood (Caitlin Press, 2016) won third prize in the BCGS competition. Learn more about the book at BC BookLook – review by Sage Birchwater. 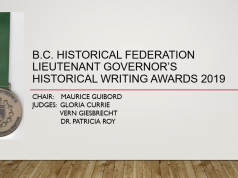 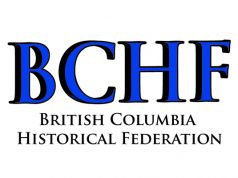