The British Columbia Historical Federation (BCHF) is pleased to announce that Calvin Thalheimer and Olivia Daniel are the recipients of the 2020 W. Kaye Lamb Awards for the best student works for students at university or college in British Columbia.

Calvin Thalheimer, an Okanagan College student, is the recipient of a $750 scholarship in the junior division for his essay “A Glowing Advertisement: How the Important Events in Vancouver’s History Launched the City as a Global Icon.” His essay was written for History 216 instructed by Dr. Howard Hisdal.

Calvin’s interest in history was piqued by a world history course he took with Dr. Hisdal. Since then, his interest in history as a field of study has only grown and Calvin plans to complete his degree with a minor in history. His interest in the stories of Expo 86 and the 2010 Winter Olympics stems from family experiences and connections with both events. Calvin’s father, Jarrod, was a torchbearer in 2010 as the torch passed through Oliver. Calvin looks forward to continuing his exploration of our past, particularly the history of British Columbia.

Olivia Daniel, a University of the Fraser Valley student, is the recipient of a $1,000 scholarship in the senior division for her essay “Underneath a Hood or Covered in Soot: The Ku Klux Klan and Ritualized Racism in Abbotsford, B.C. During the Early 20th Century.” Her essay was written for History 490 instructed by Dr. Ian Rocksborough-Smith.

Olivia Daniel is a fourth-year history and anthropology student at the University of the Fraser Valley. Olivia’s beliefs of social justice inspire her to research histories of hate in her neighbourhood. She is passionate about discovering local hidden histories to create a better community. Olivia has been a Research Assistant for several faculty members of both the history and anthropology departments.

Additionally, she is passionate about working with Indigenous communities. For the past two years, she has been a tutor at UFV’s Indigenous Student Centre. Currently, Olivia is a student ambassador for UFV’s Peace and Reconciliation Centre Collaboratorium, she is working alongside the Kwantlen First Nation to develop a digital archive. Once Olivia graduates, she would like to achieve her Masters in History.

The W. Kaye Lamb Award is presented to outstanding post-secondary student essays relating to the history of British Columbia. The award has been presented since 1988, initially known as the BCHF Scholarship. It was renamed the W. Kaye Lamb Award in 2001. In 2004, the BCHF introduced two award categories: one for students in their first or second year of study, the other for students in their third or fourth year of study.

The BCHF annual conference schedule for June 2021, including the awards gala, was presented online because of the COVID-19 pandemic. The W. Kaye Lamb scholarships prizes, as well as the Federation’s other writing and recognition awards, were announced during the awards gala on June 5. 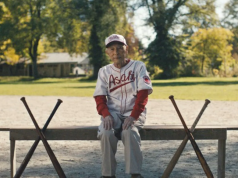 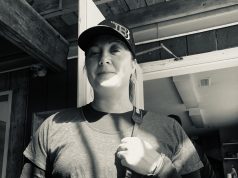