BCHF News It happened one Christmas in Sweetwater

The following story by Dayle Sheridan takes place at Sweetwater school in 1949, during her second teaching assignment, and was included in her Christmas letter this year. Our thanks to Dawn Klassen for sharing it with us.

The place was Sweetwater School. It was 17 miles north of Dawson Creek on the Alaska Highway and three miles due east toward the old highway abandoned during World War II because the U.S. needed access to the USSR through the nearest outpost state, Alaska.

Sweetwater School served the settlers of the pre-war days, but was still needed for the tag-end families of those pioneers.

It was an old log building when I arrived, but still good for a few more years.

It was a one-room school and the teacher was expected to teach all grades from I to VIII if that were necessary, though it wasn’t always necessary. I think there were only Grades IV to VIII that year, with about 11 pupils attending.

When I arrived, there was nowhere for the teacher to stay, so a teacherage had to be brought in. That took a week, so I had to stay with the neighbouring teacher about four miles away.

My teacherage could not have been more than 12 x 12 feet at the most — if that. It was built of wood, but with no insulation, regardless of the very sub-zero temperatures for most of the winter.

A cord of wood was hauled into the school yard and piled against a wall of the teacherage. There was no source of water there, indeed, the water definitely would have been sweet had you found any!

For the school, blocks of ice had to be cut from the Peace River and stored in the ice-house which was filled with sawdust to stop it from melting. Still, by the beginning of school in September, almost all the ice had vanished, and somehow, we slumped along until about mid-October when the snow began to fly again. After that, until spring our water-supply was no problem.

I don’t recall where the paper to start the fire came from. But, the fire was definitely made. I would hop out of bed in the freezing temperature, quickly stuff the paper in the stove, pile the prepared kindling on top of it with a couple of sticks of wood, fly back to bed, get under the covers, and stay there until the one room warmed up.

I don’t recall what breakfast was like. I’m sure I would have had no milk for porridge, certainly no eggs, and I can’t imagine the luxury of coffee.

The closest neighbours around were an old bachelor and his housekeeper, about a half-mile down the road. (I don’t think I ever went there). The rest were a mile out or more in a great circle around me.

When the temperatures were low, the scarves around the mouths of the children were covered with hoar frost, their lashes, and any bits of hair showing, were thickly frosted as well.

Sweetwater School was my most difficult assignment, but always my most memorable one. I was surrounded by great wheat fields, both productive and fallow — and little else except miles of isolation and long, straight roads which led out to the store or highway or up through miles of wilderness.

I often think, now of those places of isolation and wonder if I could endure them again. Yet I and a lot of other young teachers didn’t seem to even worry about these details that would probably not happen these days.

Such were these pioneer teachers. Many of them, of course, were brought up in similar conditions, and so had learned to cope with the hardships they encountered.

Fall came and went. I survived on juice for my water.

Finally the snows came, and life settled down to some resemblance of normality.

Christmas was approaching and there was the usual school concert to prepare for. That happened toward the end of November and occupied hours of time, rehearsing and practicing. Concerts are exhaustive work, especially on top of regular school work. I was very much looking forward to getting home for Christmas.

Not long before I was planning to leave for the holidays, I received a letter from Mom saying that Dad was sick. He had been plagued with asthma for years, so this was not a surprise. It was also the time before Medicare, so I wrote home and said that I would send my travel money home and then Dad could go to the hospital.

All the holiday plans were scrapped, and I prepared to spend Christmas alone in the teacherage. I was disappointed, of course, but I adjusted and simply focused on the upcoming concert.

Just before school closing for the holidays, a letter came form home saying they would rather have me than my money. But it seemed too late to change my plans again, so I simply put Christmas out of my mind.

The concert happened on the night before the holidays. It was about 2½ hours long. We had all given it our all, and I felt good as I heard the sounds of the horse’s harnesses fade into the semi-darkness of the northern lights.

Then came the following morning. I rose, as usual, lit the wood fire, hopped back to my bed until the room warmed up enough to get up, get my breakfast and prepare for the day.

The inside of the teacherage looked like a casket. There was the thick, smooth frost on the inside of the windows and doors. Silence was everywhere, of course, inside and outside. I made sure I had plenty of kindling and wood indoors. Then I settled in front of my open oven, I sat on a chair, put my feet in the open oven and began to read a book. I think I was doing fine up to that point.

When it snows in the northern wilderness, the silence can be overwhelming. Everything is soft and very quiet. As one writer once described it, “The silence is so overpowering, you want to go outside and yell at it, just to make a noise!” and that is just how it was.

As I sat reading, I was suddenly aware that my whole body was going stiff. I couldn’t move my arms or my legs. The only thing that was moving was my mind, and it was telling me in words I could not agree with. “You better get out of here now or you may never get out!” It was a command and I knew it was true. The casket had already been prepared and it was obvious I would be next!

I tried to get up, but it was difficult. Neither arms nor legs would move of their own accord. I literally had to peel them and move them as best I could.

I managed to get off the chair and get to the dresser where my clothes were stored. I did the necessary packing and was soon ready to leave. I had no idea what was going to happen once I got outside the door. All I knew was that get outside the door I must. What happened after that I knew not. By this time it was early afternoon.

I had just closed the door behind me and was preparing to make my way through the unploughed snow to the road, when who should come along but Larry, the younger son of the woman who lived in the midst of the woods with the woodcutter.

Larry was going out to the store on the Alaska Highway where I needed to go to get the bus to Fort St. John, about 40 miles away, where I could take a plane to Edmonton, then home! What an absolute god-send! It would have taken me hours to walk through the snow to the highway. That would have been late. Traffic on that old highway was scarce. There may have been no one else travelling that road that day!

How would I have gone to Fort St. John? It was the North. Dark happened early, and along with it, the cold. The gods must have been on hand that day. By sheer luck I was able to get the afternoon bus to Fort St. John. I was sure it was already Christmas Eve, so I would have had to get a hotel that night and fly out on Christmas morning.

I can no longer remember the details of that date, but I got to Edmonton (or was it Calgary?), and from there I took the train to Notch Hill, our railway town, where Dad met me and took me home.

I missed Christmas Day, of course, but at least I escaped freezing to death in my spacious casket. Had I not, I don’t know when I would have been found. Certainly not until school opened in the New Year. Almost no one would have passed by the school and if they had, would they have stopped in — especially if there was no smoke coming form the stove-pipe? Since I was not sure I would be escaping for Christmas, it is not likely anyone else would either.

My plight was probably not too different from many of the northern wilderness teachers. Stories of young school teachers in those very isolated rural communities were common and yet I am not aware of the people there showing too much concern. Maybe the incidents of such cases were more common than I realized.

A lot of new teachers to the North never came back to their own homes. They stayed and married the young farm boys. It was an easy thing to do. The shortage of both males and females was always a chronic problem, so if you didn’t want to become a young pioneer’s wife (or even an old one!) it was hazardous to go North!

And so, such is a slice of what could happen in earlier days.

This sort of thing comes with the building of a new nation and these stories are very easy to get lost — because who is there to keep the pot boiling with Canada’s early tales? 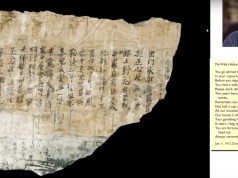