Vancouver Fashion Week was the catalyst for two fashion designers to create contemporary Coast Salish music with their family.

Aunalee Boyd-Good and Sophia Seward-Good are the sisters behind Ay Lelum, The Good House of Design, a second-generation Coast Salish design house. When they needed original music for their Vancouver Fashion Week showcase in 2018, they collaborated with their family of artists for ideas. “We didn’t know where to start,” says Aunalee Boyd-Good. “The challenge for recording music is—where do you begin?”1

Their father, Tseskinakhen William Good—hereditary chief, master carver, and knowledge keeper from the Snuneymuxw First Nation—has his own traditional songs. But it was their brother, artist W. Joel Good, who suggested they contact Juno-award winning and multi-platinum producer Rob the Viking in Nanaimo for beats.2

The collaborative process between Ay Lelum and their producer is reciprocal and based on respect for working with important cultural information. “We can’t just cut a Hul’q’umi’num word off, because you are changing its meaning,” says Sophia Seward-Good. “In our language, you have to make sure you are pronouncing your word correctly, otherwise you change the whole thing.”3

Ay Lelum’s songs include non-conventional instruments including spinning wool, strumming taut wool, carving chips, and sharpening knives, and incorporate sounds such as bird calls, and babies talking. “So much in day-to-day artistic practices and life are rhythmic,” says Aunalee. “It’s like life embodied in the music.”4

Their father’s singing and drumming is featured in the songs “Story of the Grizzly Bear” and “Modern Prayer.” Their music, like all their art, is guided by their father’s teachings.

All generations of their family collaborate on Ay Lelum’s music, including Aunalee and Sophia’s niece, Thea Harris. “I am a passionate weaver, and I had such a strong feeling that I needed to be part of the process with the ‘Spindle Whorl’ song,” says Thea. “Being part of their creative process, I feel less like a maker and more like a witness. The music exists in another place, and we are chosen to be vessels of this knowledge and art.”5

The multi-generational approach to the family’s artistic work is intrinsic. “Based on Coast Salish teachings, my grandparents set the table that whoever wants to be a part of a creative process can come,” Thea reflects. “And my aunts make space for that, too, through their generosity of being open to the process, people, and everything that comes forward.”6

Every song is developed differently. “It is an intuitive process,” says Aunalee. “You are tapping into something ancient and traditional.” Her sister, Sophia, describes the process: “Normally, our plan is whatever artwork we’re using or story we’re telling, I go and learn our Hul’q’umi’num language around that framework. Then we go in and we allow the rhythmic words to guide our beat.”7

From their instruments to the artistic process, Ay Lelum is decolonizing their music. “We had a song and a dance for everything,” says Sophia. “We don’t hear those songs. Those songs were taken. Aunie and I have the chance to make songs for everything—our fashion, our history, our language revitalization. You don’t have to go to a museum to hear our music: you can get it off Apple iTunes.”8

Thea believes that Ay Lelum brings forward music and language in a way that offers hope for younger generations. “There’s a feeling in communities of lost music, language, protocols, and ceremonies, which is frustrating and can slow down momentum,” she explains. “I feel so strongly that it doesn’t take a special combination; we can all access ancient knowledge if we are generous with ourselves and are willing and open to access that knowledge.”9

Ay Lelum’s music has aired on CBC Music’s Reclaimed with host Jarrett Martineau. Their recent release, Run, was based on the story of their great-grandfather Tseskinakhen William Good (1878–1966), a world-class runner at the turn of the 20th century. In an interview in the 1990s, Elder Hazel Good described how her father won the 440-yard [402-meter] race at the World’s Fair in San Francisco in the 1890s, which gave him the designation of the fastest man in the world. But Good never received his medal—he was disqualified for being Indigenous.10

From 1908–1950, William Good, son of Snuneymuxw Chief Louis Good, served as a police officer and was awarded the Queen Elizabeth II Coronation medal (1953) for his outstanding police service.11 “He was a non-drinker all his life and did his best to keep alcohol and bootleggers off the Reserve,” according to grandson Tseskinakhen William Good. “He was the first police officer in Snuneymuxw and upheld the law.”12

Ay Lelum’s music evokes powerful emotions. “If you get emotional hearing our language and songs, that is your spirit longing to connect with our ancestors,” says Sophia. “I think our music definitely evokes emotion and connection that feels lost.” As artists and modern storytellers who use their moment on the runway to honour the past and look towards the future, Aunalee Boyd-Good and Sophia Seward Good weave sound and fabric into an invitation to connect with Coast Salish culture.13 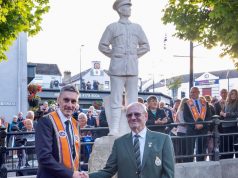 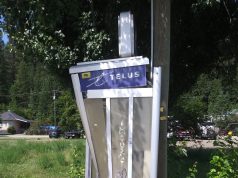 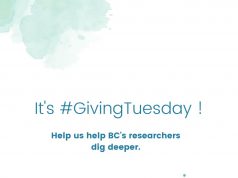