Pam Gillman, nee Herridge (1927-2007), was a horse packer operating on the Nakusp Hot Springs Trail from 1940 to 1945. Pam worked under the name “Pam’s Pony Express.” From age 13 to age 18, she earned an income transporting visitors and gear along the 14.5-kilometre trail from the town of Nakusp to the popular Nakusp Hot Springs — which even then attracted tourists from around the world.

On navigating “the precipice,” a frighteningly steep section of the Hot Springs Trail:

A lot of people freaked out when we went around the precipice. The horses would walk right on the edge of the trail because they wouldn’t let the packs rub on the rock. The horses were very cautious when [carrying] a pack. They can carry as much as 300 pounds per horse. It hurt [them] when the packs hit something [because the contents dug into their backs]. Going downhill, the pressure of the packs fell forward on their shoulders, so they tried to dance down and fling their hind ends around to take some of the weight.

[On one journey,] my horse [fell] down about 40 or 50 feet and landed on a slab rock where it teetered. Dad took the pack off with one hand and sent us up ahead to get the Wales boys, who were ahead of us, to come and help. We had to run all the way to the hot springs. Mom went down to the logging camp – Leary’s camp – just the other side of the precipice. There was no one there but she got an axe and brought it back. The boys got back and cut a trail through the trees and put ropes around the horse to make sure he didn’t fall off the rock. Then we pulled and pulled the horse back up the trail to the top. We put the pack back on the horse and continued to the hot springs.

On the horse corral at the Hot Springs, and the packer lifestyle:

They had an entrance gate to the springs and a pasture for the horses. It was heavy brush on either side of the gate and fence, so [the horses] stayed in there. I have had as many as seven horses myself there at one time. There weren’t too many others who packed in at that time. Everyone else was away to war. I had to bring in food for the horses, too. Sometimes I went over the trail as many as three times in one day, in and out. I would leave at 4 a.m. in the morning and it would be as late as midnight when I made the last trek out.

On the circular Hot Springs “round house” constructed by Pop Gensick in 1939:

The round house was built for everyone to congregate in. The Doukabours would have their beautiful singsongs there. They could come from anywhere in Canada and they would sit down and discuss what voice parts they took, and in the baths they just sounded gorgeous.

On the fact that the Hot Springs pool had a plug:

To empty the pool, you had to take the plug out. I wondered who was the fool that left the plug out in the winter? The heat of the water had kept the snow off the [pool] roof, but [without the plug], when the snow came, it crushed the roof and it all caved in. I used to prop up the roofs of the cabins. After I joined the army [in 1945], there was no one to do this.

On the situations she encountered as a rare – and often unexpected – female horse packer:

One time there was a guy in Slocan who didn’t want to go into the hot springs on his own. He was afraid. He asked me to [take him in, and at one point he said to] stop because he had to take a pee. I told him that I would just go along and he could catch up. He said, “No, no stop.” So I did and when we got to the hot springs he found out I was a woman and he nearly had heart failure. I wore my hair short and wore men’s clothes and boots.

Another guy I used to take up had a crippled wife. I had a big eiderdown that I used to put down on the saddle for her. I helped her up and the eiderdown got curled up under her leg. I reached in and was pulling it out when he yelled, “Get your hand out of my wife’s crotch!” I assured him that it was alright because I was a woman. He didn’t believe me until later when we went swimming. 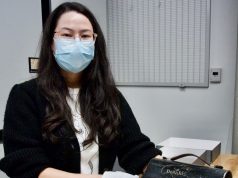 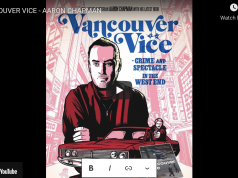 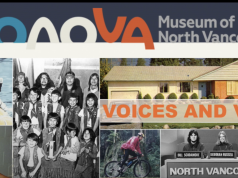