Vancouver Island authors John M. MacFarlane and Lynn J. Salmon have won a John Lyman Book Award for best book published in the category of “Canadian Naval and Maritime History” for their 2019 release Around the World in a Dugout Canoe: The Untold Story of Captain John Voss and the Tilikum  ($29.95, Harbour Publishing).

The prize, which is administered by the North American Society for Oceanic History (NASOH), is awarded annually in six categories to recognise excellence in books that make a major contribution to the study and understanding of maritime and naval history.

Around the World in Dugout Canoe tells the remarkable story of Captain John Voss, who set out from Victoria, BC, in 1901 to claim the world record for the smallest vessel to circumnavigate the globe.

The authors, who spent years researching and writing their book, agree that it is an honour to have their work recognized in this way and to have the facts about Voss’s journey available to the public for the first time. “During our research it became quickly apparent that the real story of Captain John Voss and his remarkable voyage in the Tilikum had yet to be told and it turned out to be a far more riveting tale than either Voss or Luxton produced in their separate accounts of the trip.”

The authors, in a joint statement, note that “Today the Tilikum still exists as one of the great heritage assets of British Columbia and for mariners worldwide. It is certainly a story for our age⎼ thousand-year-old maritime technology, intriguing characters, proud immigrants, and the start of recreational blue-water cruising. We wish to thank the NASOH for their recognition of this book and hope readers around the world will find themselves as captivated by Voss and his dugout canoe as we have been.”

John MacFarlane is the curator emeritus of the Maritime Museum of British Columbia, curator of the Nauticapedia Project and author of several books and articles on nautical history. He was commissioned into the Royal Canadian Navy (Reserve). He is also a Fellow of the Royal Geographical Society (London), and the recipient of the Sovereign’s Medal for Volunteers and the SS Beaver Medal for Maritime Excellence. He lives in Qualicum Beach, BC.

Lynn J. Salmon makes her home in Courtenay and has written extensively on the marine history of BC and her articles have appeared in publications including Western Mariner and the Times Colonist. She worked as collections manager for eight years at the Maritime Museum of British Columbia and recently concluded a fifteen-year career as a radio officer with the Canadian Coast Guard. She is senior editor of the Nauticapedia Project. 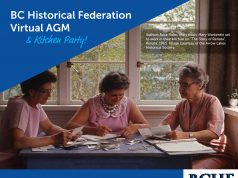 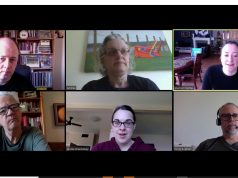 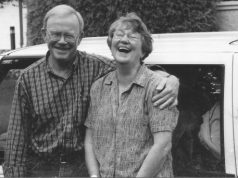